Ripple has grand plans. After funding the Fintech Research at Tsinghua University (THUIFR), the company plans to open a physical office in Shanghai. To that end, they are hiring a Country Manager. The trajectory taken is indicative and a hint of future involvement in China. This is in line with our XRP/USD trade trajectory.

With each passing day, the significance of SE Asia continues to show. It was only until recently that China played a key role in the crypto world. Their citizens were the first lot to pump BTC prices from $0.001 to $1 in the formative stage Bitcoin.

However, things are different now. Despite restrictive rules around cryptocurrencies, Ripple is unshaken. The company honchos have grand plans for this crypto-isolated state and are working through proxies and partners.

One of them is Lian Pay, a Hong Kong-registered company with approximately 150 million users. The company has plans to tap into the lucrative e-commerce space estimated to hit $1.38 trillion by last year. Aside from Lian Lian Pay, Ripple plans of opening a physical office in Shanghai and hiring a Country Manager. The new addition will liaise with the SF office and drive Ripple solutions in China as the LinkedIn post states:

“Partner with Ripple leadership in San Francisco to define and execute a strategy for building Ripple China to be a significant contributor to the growing Ripple network.” 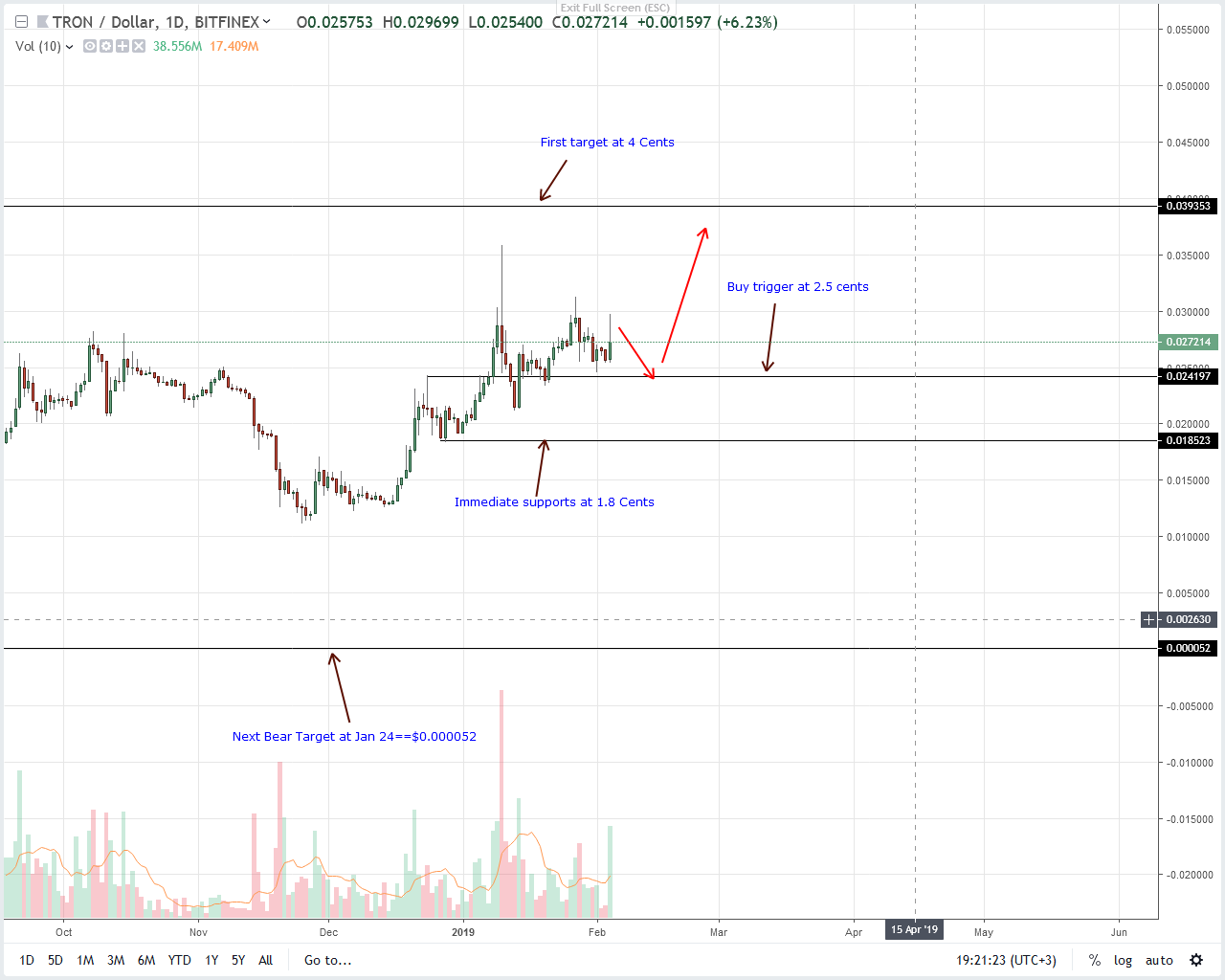 Apparently, sellers have a better of bulls. At current exchange rates, XRP is down 1.2 percent in the last day and 2.1 percent in the previous week. All the same, we shall retain an optimistic view of the coin, expecting demand to support prices at spot rates.

Note that despite headwinds and energy sapping lower lows, fundamentals are bullish. Besides, candlestick arrangement favors bulls because even after five days, sellers are yet to reverse Jan 30 losses. XRP is trending within Jan 30 high low, and this alone is bullish from an effort versus results point of view.

Therefore, as long as bulls have the upper hand, we expect prices to drift above Jan 30 highs confirming bulls. In turn, this will set the ground rolling for further gains towards 34 cents triggering the first wave of buyers aiming at 40 cents.

A stand out bar in the last few days if Jan 30 bull bar. It was timely, providing support for bulls at a vital support line of 30 cents. With high volumes—47 million versus 17 million, buyers will only be in charge if there is a spike in market participation leading to breaks above 34 cents. In a bull trend, we expect accompanying bulls to exceed 47 million and ideally those of Jan 10—83 million.