According to BIS’s Carstens, central banks shifting to CBDCs will destabilize the economy. However, that is not stopping some central banks from experimenting with them. Meanwhile, Bitcoin (BTC) is under pressure and could drop to $3,500—800 zone in days ahead.

True, we cannot ignore the effects of digitization. It is broad and profound. We expect the rate of digitization to pick up as millenials surpass baby boomers. Impressive as it is, regulators and central banks included are not hiding their heads in the sand.

The rise of global digital assets like crypto is a headache to many as they provide an alternative to government-issued fiat. Up against internal and external factors, these paper issued currencies have an infinite supply. Besides, the value depends on the state of the economy. A weak government means watered-down paper money. We need not look far. Venezuela, despite its richness and vastness in oil reserves, is struggling to stay afloat after years of mismanagement and sheer corruption. As its economy tank, the Bolivar is what it is—paper.

Surprisingly, even with all these evidence and trust links, senior BIS executive and a Bitcoin critic is against central bank digital currencies. In his view, CBDCs are faster and therefore possible facilitators a bank run destabilizing the system in the process. Apart from fears of a bank run, Carstens believes CBDC can affect interest rates thereby increasing the balance sheet of the adopting central bank. 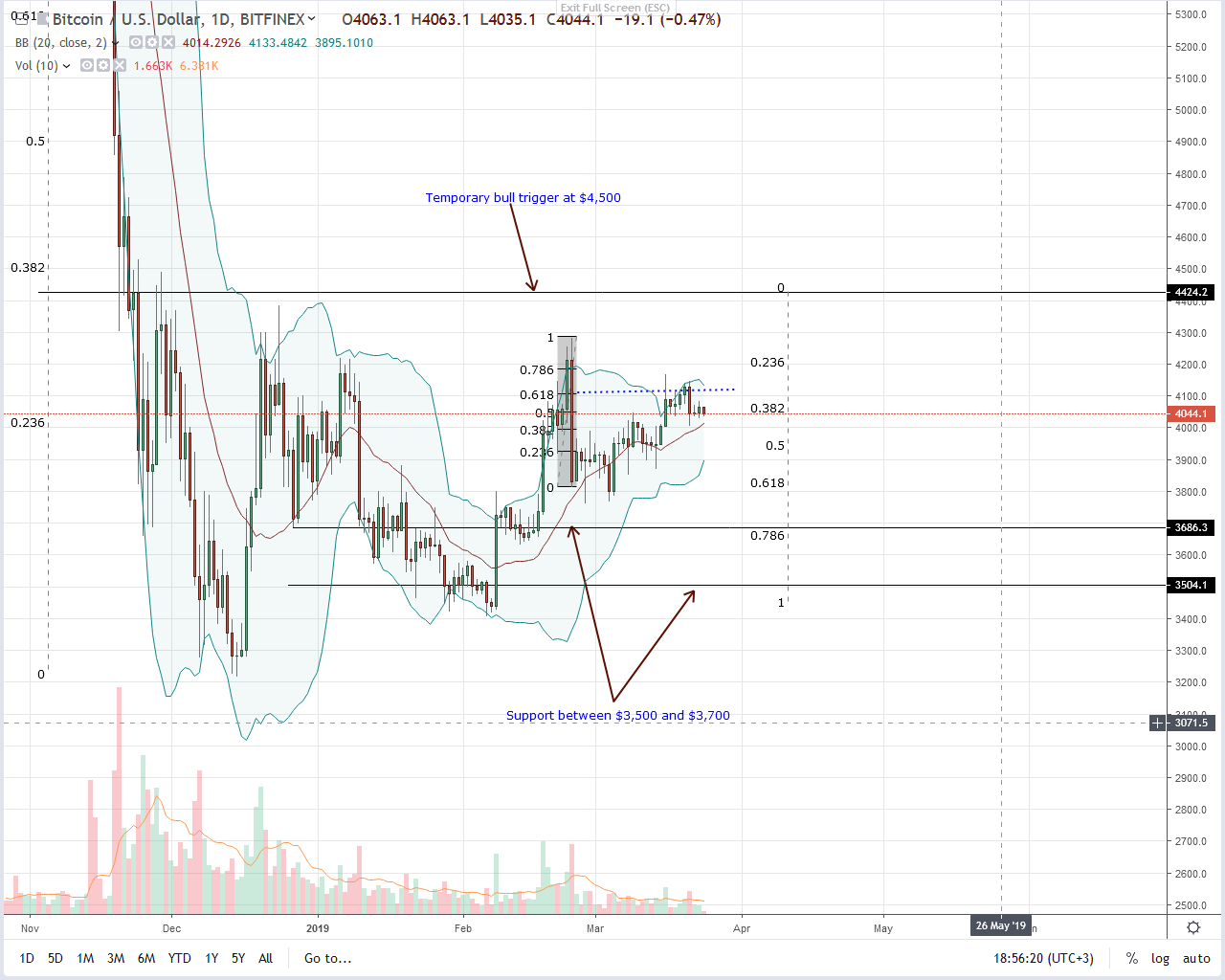 All the same, Bitcoin (BTC) is wavy and undoubtedly under pressure. Days after collapsing on Mar 21, bulls are struggling to recover. It is likely that the week will close lower. However, a significant take away in days ahead is not the resilience of bulls but the source of this liquidation.

Regarding Feb 24 bar, a simple Fibonacci retracement tool reveals that Mar 21 weakness is at a key reaction level—the 6.18 percent mark. Even though liquidation is yet to be affirmed, any drop below Mar 21 lows reveals weakness increasing odds of a collapse to $3,500-800 zone.

Regardless of our BTC weakness, Mar 16—13k versus 7k anchors of analysis. Although bears of Mar 21 and the resulting double bar bear reversal pattern stands out, sellers will only be in charge once several trade conditions are live. Any drop below Mar 16 or 21 lows must have high volumes exceeding 13k of Mar 16 and 11k of Mar 21.