Why Bitcoin Won’t Fail the “Tests of Financial Services” Forever

In an interview at the World Economic Forum in Davos earlier, the senior adviser to the governor of the Bank of England weighed in about the threat posed to the current financial status quo by Bitcoin and other cryptocurrencies. Huw van Steenis largely dismissed the blockchain-backed fintech innovation on the grounds that Bitcoin had not yet achieved the kind of traction that more traditional forms of value storage or mediums of exchange had.

Van Steenis stated that he did not see Bitcoin as being capable to pass the “fundamental tests of financial services”. However, what he seems to be missing in his rudimentary analysis is that Bitcoin has emerged in a post-internet world meaning that all it will take mass adoption is a solid track record of greater utility and enough information reaching the global public to dissuade them away from ascribing value in government-issued fiat currency.

Technological Adoption Occurs Faster than Ever Today, Why Will Bitcoin be Different?

The main reason Van Steenis cites for his stated lack of concern over Bitcoin’s ability to threaten his very raison d’être is that it does not serve as a means of exchange and does not hold value well. Presumably, although not mentioned explicitly in the interview, the Bank of England adviser prefers government-issued fiat currency over Bitcoin in terms of its ability to serve these monetary functions.

However, if we look closely at how fiat currency works, we see many more issues with both the premise that it serves as a good store of value and that it is a suitable medium of exchange. Firstly, the idea fiat currency is a solid store of value is questionable at best. Think about your own life. How much have you seen basic commodities increased in price over the years? 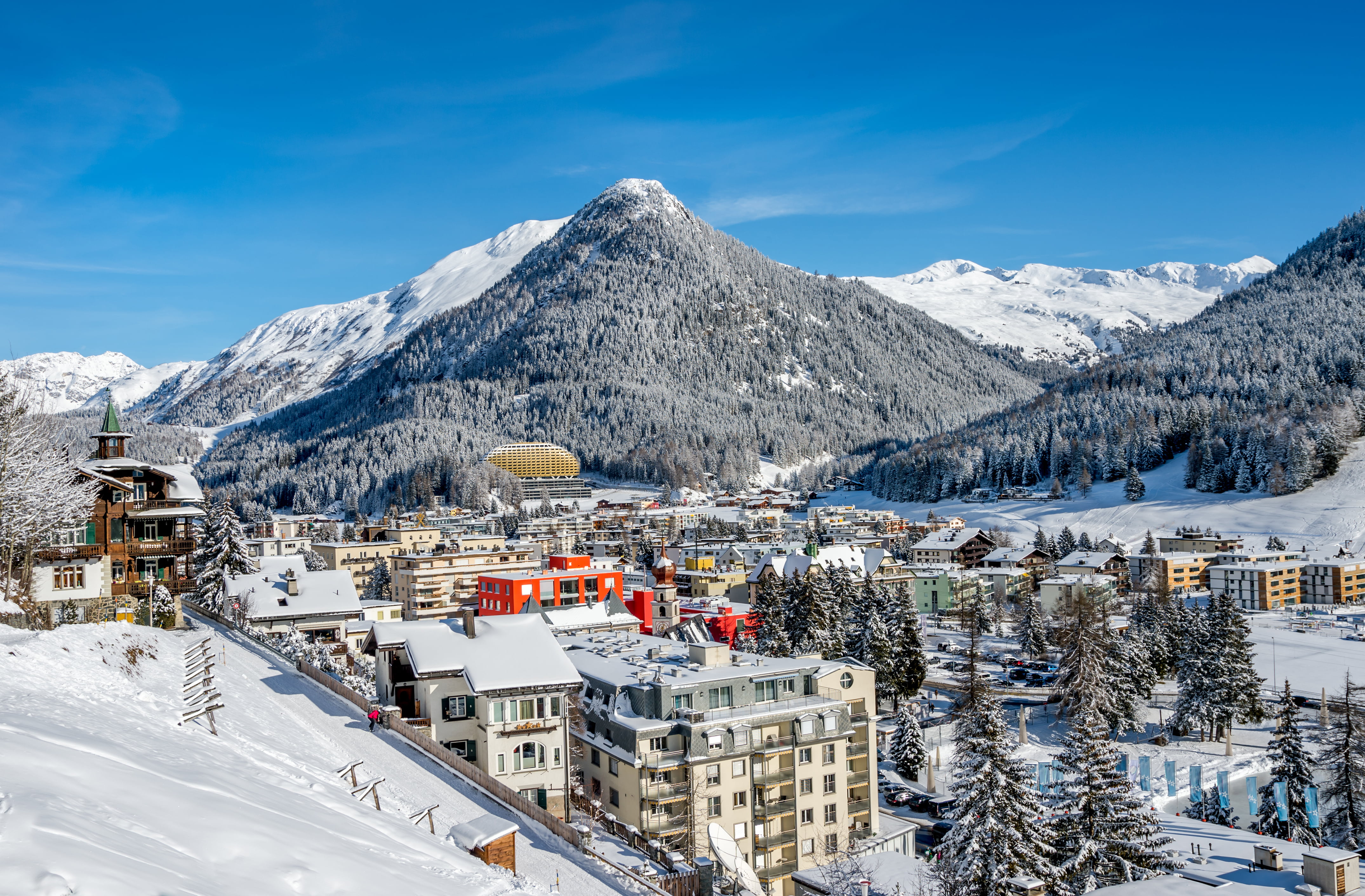 The alpine town of Davos, Switzerland, where the WEF is held each year.

Banks print money both directly and indirectly through lending, enriching themselves at the expense of the population. That is Van Steenis’s institution’s entire business model. The purchasing power of the pound, dollar, or yuan is perpetually decreasing. It may go up slightly from month to month but over a long-term chart, the trajectory is always downwards. How again is this to be considered a store of value?

Compare this to Bitcoin’s sound monetary policy. It requires much more than a banker authorising the printing of currency or to make loans with money the bank never had to create additional Bitcoins. In terms of a basis for a store of value, this is far superior to anything we as a species have known before. There is nothing in the world that people can categorically say how many there will ever be with reasonable certainty – apart from Bitcoin.

Of course, the purchasing power of Bitcoin swings wildly at the moment. This is to be expected since people are still coming to terms with the technology and perpetually questioning whether something so new and innovative could really replace fiat currency. The more people learn about Bitcoin and the longer it successfully serves its purpose as a peer-to-peer, decentralised value transfer system, the greater faith will be generated in it. Taken on face value, it is far easier to trust open-source code that anyone can verify than it is a global network of shadowy banking elites making deals us mere mortals will likely never know about.

Thanks to the internet, there has never been as much information that directly challenges the status quo either. This is encouraging the formation of a society that is much more equipped to question those things taken as norms – one of these is money itself.

However, it is not just in terms of a potential future store of value and sound money that Bitcoin outperforms fiat currency. Even as a medium of exchange, the financial innovation trumps government-issued money. Of course, you cannot send funds from one side of the planet to the other in minutes using the current legacy financial systems. Even when it appears you have done just that, in reality you are relying on a massive network of trust. One bank allows you to access the money sent before it is really there because they trust where it is coming from.

With Bitcoin, many people complain that it does not allow instant value transfer. Yet, if you are willing to exercise the amount of trust that banks do every day, it is as close to instant as is feasible using today’s technology. Think how long it takes to see that an “unconfirmed transaction” has appeared in your Bitcoin wallet- just seconds.

If you trust the sender, zero confirmations might be enough for you to be happy you have indeed received funds. Alternatively, if you lack trust in the party sending the money, you can elect to wait for as many confirmations as you like. Even if you were to wait for hundreds of confirmations, the BTC would have still arrived in your wallet much faster than a fiat currency could ever move from bank to bank.

However, fiat currency can also be used in a peer-to-peer fashion (for now) in the form of cash. People will say that Bitcoin can never travel as fast as when you had someone ten bucks in a bar or shop. However, in reality, it already serves this purpose far better than paper money can. People blindly trust most peer-to-peer cash transactions. Do you spend any time checking a bank note that you receive from a supermarket in your change? Of course you do not. However, there are many fraudulent notes in existence, perhaps if we were to receive a pile of high value notes, we would be more careful but for small value transactions, people take convenience over security and get on with their day without rigorously checking their money for authenticity.

With Bitcoin, we are at the beginnings of a massive experiment in decentralised cash. Given market price discovery dynamics it would be frankly ridiculous and immensely reckless for enough value to have swamped into the market to make prices as stable as the dollar, pound, or yuan. That is not to say that it will never. As discussed, the fundamentals of Bitcoin are sufficiently strong to make it a real threat to the current financial status quo, whether Van Steenis has realised this (or cares to admit it) or not.

The post Why Bitcoin Won’t Fail the “Tests of Financial Services” Forever appeared first on NewsBTC.