As a new entrant, Tron’s superiority showed when it was ranked second by the CCID. However, that didn’t spur Tron (TRX) demand as price are still accumulating, and bulls are yet to reverse Feb 24 draw-down.

China did ban cryptocurrencies and virtual exchanges in 2017, but that is not to say China is not pro-blockchain. In fact, as a country, it is the world’s leader in blockchain research filing more patents than the US.

Therefore, the sharp ascendance of Tron in China’s Center for Information and Industry Development (CCID) rankings is a statement. For so long, NEO was the talk and even dubbed the Chinese Ethereum.

However, it appears as if Tron’s rise in market cap, increase in user case and most importantly the success of BitTorrent is finally thrusting it to the top scenes making it the Chinese poster project.

Being the only addition, Tron was ranked second with CCID mentioning some of Tron’s specific features as Ethereum VM compatibility and reliability. 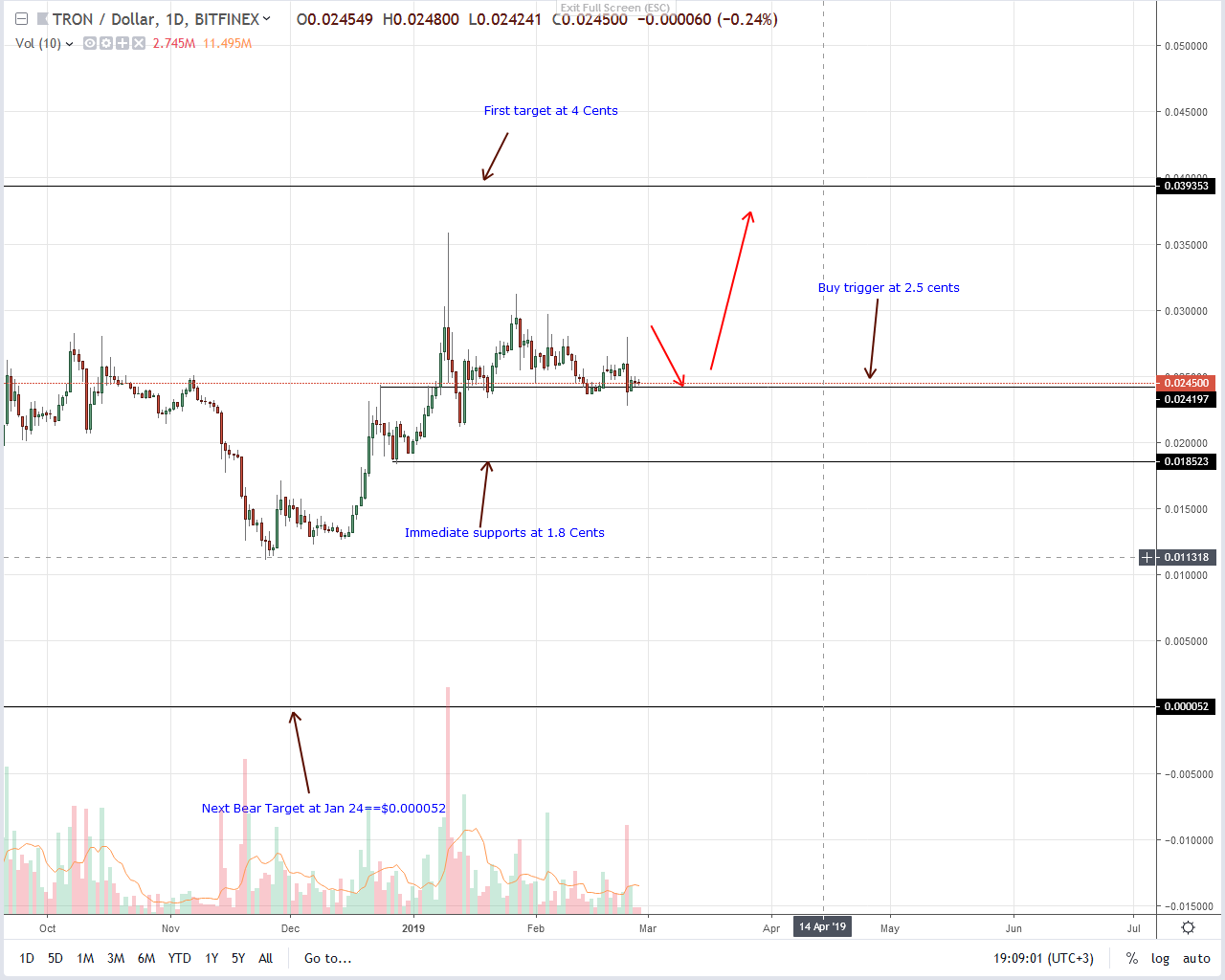 Tron (TRX) is trading within a tight trade range with explicit support at around the 23 cents—25 cents zone. While price action is bullish and within a bullish breakout pattern off the 25 cents main support, TRX prices have been accumulating in the last month.

Even so, it is likely that prices will edge higher ideally with high transactional volumes as bulls break above 3.1 cents triggering demand as bulls aim at 4 cents. The level is our first modest bull target, and any successful breakout above this mark could usher in another wave of TRX demand that will eventually invalidate the bear breakout pattern set in motion in July 2018.

In an uptrend, reversal of Feb 24 losses must be accompanied by a wide-ranging bull bar complete with high volumes exceeding recent averages of 11 million. Most importantly, volumes behind this trend confirming bar must be equal or exceed those of Feb 18—42 million.