By many measures, the cryptocurrency space is doing as well, if not better than ever. Spencer Bogart of Blockchain Capital recently told Bloomberg that a serious argument could be made that Bitcoin (BTC), not a flashy U.S. public stock or volatile forex derivative, is the most tantalizing asset on the world at the moment.

While the news cycle would reflect this sentiment quite well, with the launch of Samsung’s consumer-facing crypto offering, Fidelity’s Bitcoin custodian, and similar products, Tron’s Justin Sun doesn’t expect a rally. Or at least not yet.

Since BTC has seemingly found a bottom in late-2018, falling to $3,150 in a rapid turn of events, many have ironically asked the following pressing question: when will cryptocurrencies moon?

Per the chief executive of world-renowned blockchain Tron, who spoke to NewsBTC in an exclusive interview, the moon that some are waiting for isn’t as close as some expect. Justin Sun explains that while he is effectively 100% positive that lower lows for this budding market are impossible due to underlying industry development, investors calling for a 2017-esque rally are likely pushing it. Sun, an alumnus of Ripple Labs, explains:

“I don’t think that there will be a bull run like the one seen in 2017. So I think that this year will be one of construction, in terms of the infrastructure and a time for everything to get time to build better developer products.”

And with that in mind, he concluded that more likely than not, Bitcoin will range between $3,000 to $5,000 for a majority, if not all of 2019. Sun was unclear about whether a move, even fleeting, above the auspicious $5,000 price point would be possible.

Regardless, the Chinese cryptocurrency guru is far from the first to have made a call in this nuanced vein. Anthony Pompliano, the head of Morgan Creek Digital, has told a number of outlets that while BTC falling to $2,500 is within the realm of possibility, especially considering market “froth,” the asset will trade between $2,500 to ~$5,000 for much of 2019. 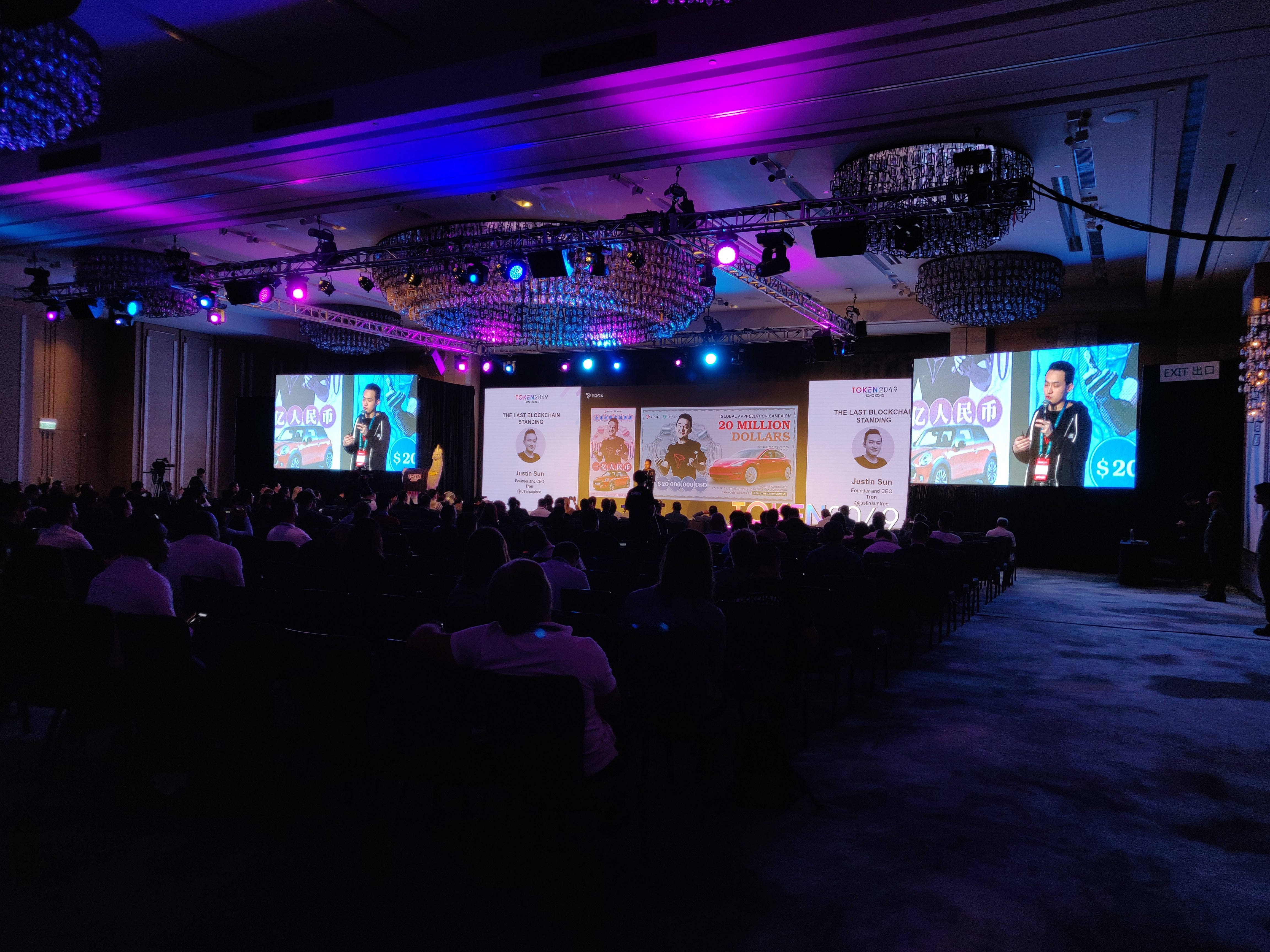 Legendary venture capitalist Fred Wilson once issued a similar comment. The co-founder of Union Square argued through his personal blog that while the development of startups is likely to be a large trend for 2019, BTC will likely not undergo any large movements in the coming nine months, and could totally end the year where it started.

While Tron’s fervent leader is under the impression that Bitcoin will move lethargically over 2019, he believes that 2020 will be when the crypto ecosystem truly sees a noticeable, rapid change in tides. In response to an inquiry about the effect of Bitcoin’s impending block reward reduction — best known as the “halving” or “halvening” — could play over the market, Sun notes that it will be positive without a doubt.

The fact that Litecoin, whose halving will activate in the coming months, has already seen extremely positive movements to the upside sets a convincing precedent for BTC to run off its issuance shift, Sun tells us. As to when exactly halving speculation would kick in and what effect such an event would have on cryptocurrencies en-masse, the Tron CEO couldn’t give a definitive answer.

Crypto Investor Urges Consumers to Accumulate Bitcoin Before Halving, Rally Expected?
Bitcoin is 15 months away from its next block reward halving and BTC's network recently underwent a -25% difficulty adjustment. https://t.co/n41S1gH0QF

But, considering the consensus thought of many Twitter analysts, an uptick in the market caused by hype for the halving could arrive a minimum of six months before this key point in Bitcoin’s decade-long history, in late-2019. And in terms of price action, $8,000 by the date of the halving has been floated, due to both historical and fundamental factors.

Even if Bitcoin goes against the norm and investors expectations, failing to react to bullish community sentiment on the halving, Sun remarks that there are a number of other developments to be bullish about in this space.

He looks to the monumental growth in the Lightning Network, caused in large part by Twitter’s Jack Dorsey, and Tron’s ongoing implementation of BitTorrent, which Sun claims will bring 100 million users to the cryptocurrency space. In other words, “2020 will be a really good year for the industry overall.”

A majority of the attendees of Asian cryptocurrency conference Token2049 that NewsBTC spoke to would confirm the importance of 2020, as by and large, this is when insiders truly expect for this fledgling economy to start spreading its wings once again.

Tether Spotlight Once Again: Controversy Over 100% Peg to USD

Bitcoin’s Energy Consumption Equalled That of Hungary in 2018