Mark is a free man, and despite heavy losses ordinary investors had to shoulder, a Japanese court remained lenient. All the same, it appears as if Bitcoin prices are on a recovery path and it is what investors want to see.

After four years of investigation, it was time for Mark Karpeles to face the law. Appearing before a Japanese court, Mark met a lesser charge of data manipulation and not that of embezzling millions of dollars through his exchange, Mt Gox.

According to Mark lawyers, it was not the action of his acts that contributed to the final collapse. They argue that Mark did everything he could to prevent the exchange from folding up and sometimes using his funds to prop the exchange. Besides, even after the hack, the Frenchman stayed in Japan.

To that end, he will receive a two and a half year suspended sentence. However, should he flout any rules within this time, he will be liable for a four year jail time. Mt Gox hacking was a costly breach that not only led to a $350 million loss when a reported 850,000 BTCs were sucked out of circulation but also left a trail of angry investors.

At the time of the hack, Mt Gox was the largest in the world commanding up-to 80 percent of the world’s crypto trading. 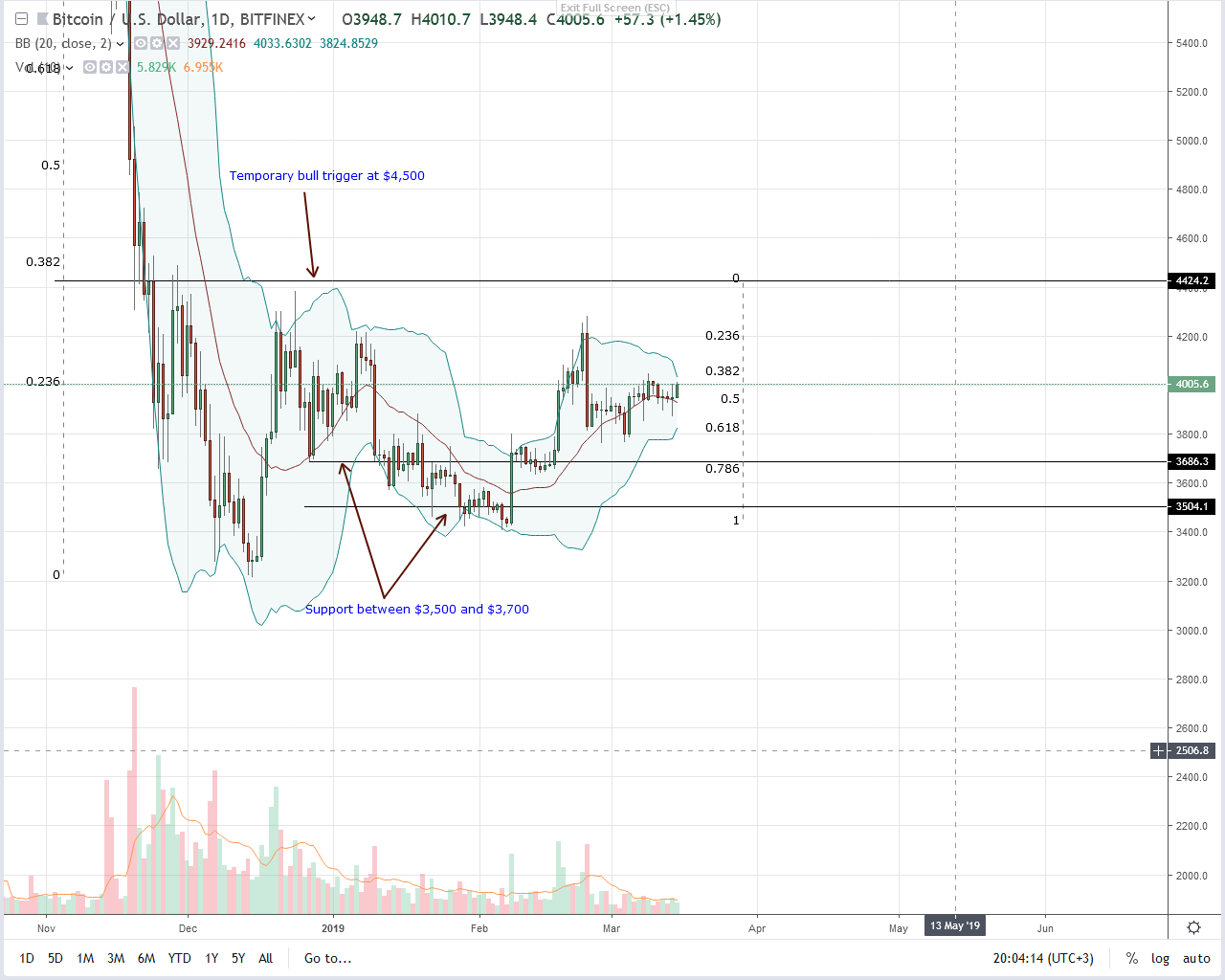 Currently, Bitcoin (BTC) is stable and up 1.4 percent from last week’s close. Because of this expansion and lower time frame demand, bulls appear to be flowing back. The result is therefore a candlestick confirming Mar 5 demand.

As reiterated in previous BTC/USD trade plans, the failure of bears to drive prices lower, reversing gains of Mar 5 was bullish from an effort versus result point of view.

From price action, every low should be a buying opportunity, and after that, conservative traders should initiate positions once prices close above $4,500, our immediate first targets.

Like we have said before, our anchor bar is Feb 24 bears with 36k. Although bulls are yet to reverse these losses, today’s bar could spur activity, draw demand the result could be higher prices with high volumes above 7.45k and even 37k of Feb 18.

Why Bitcoin Market May Be Better Without CBOE Futures Contracts