After a successful NiTron summit, we expect TRX to edge higher ahead of BTT crowdfunding. Our trade plan will remain the same with first targets at 4 cents as bulls enter on every dip.

NiTron Summit was a success. By listing valuable companies including Oracle and subsequently announcing on Twitter that a delegation from the company went to their headquarters in San Francisco, Tron’s worth became clear.

We are still waiting for official confirmation. All the same, Tron aim is to decentralize the internet. Part of their objective is to create this web 3.0 running on their network to facilitate distribution of content.

In the process of decentralization and reducing the grip of monoliths as Facebook and Google, Tron will foster dApp development. All this is made possible by the consensus algorithm in place. With 27 super representatives, Sun says dPoS is efficient. Nonetheless, critics say dPoS sacrifices decentralization for security and scalability. 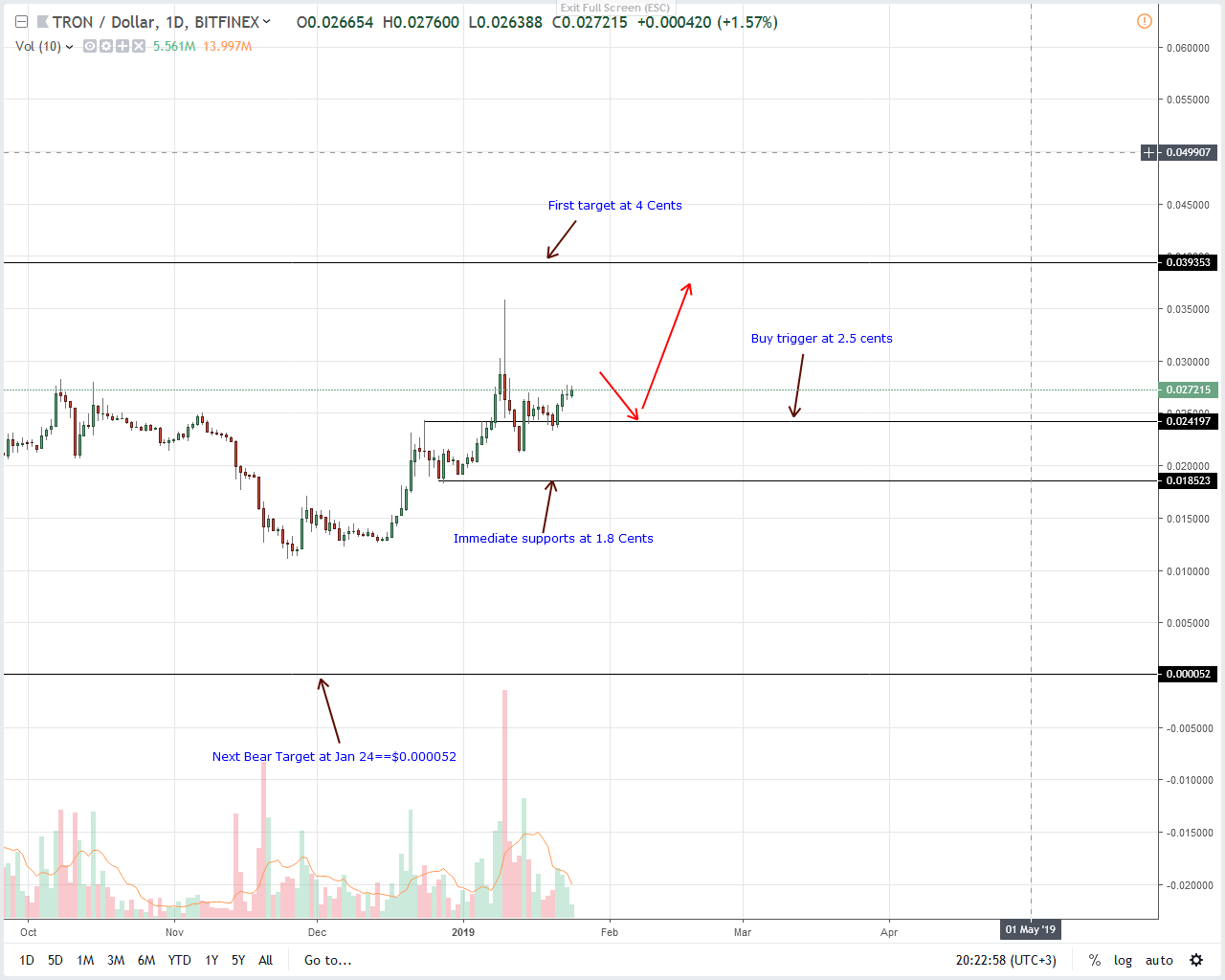 In five days, BTT sale will begin with at least ten liquid exchange supporting BTT airdrop for TRX owners. Since TRX and BNB coins are the only assets Tron accepts as a form of payment, we expect TRX demand to increase in coming days.

So far, prices are stable in the daily chart, but TRX is up 7.4 percent in the last week. From the charts, our previous TRX/USD trade plan is valid. At this pace, it is likely that TRX will test 4 cents as TRX demand increase.

Because of this project, we recommend traders to fine-tune entries in lower time frames. All they have to do is buy on every correction with safe stops at Jan 23 lows of around 2.5 cents.

Aside from Jan 22 bar confirming Jan 14’s double bar bull reversal pattern, volumes have been decreasing. So far, averages stand at 13 million which pales in comparison with Jan 14’s 35 million. All the same, we remain bullish expecting participation to pick up ahead of Feb 28 BTT crowdfunding.

Apple Lays Off 200 ‘Project Titan’ Employees – Is the Tech Giant Giving Up on the Autonomous ‘Apple Car’?