Even with waving prices, we are optimistic of a recovery. From the chart, it appears that bulls have a chance thanks mostly to favorable candlestick arrangement. In the long-term, BTC is bullish and sparking this demand is users realizing the cost-saving aspects behind BTC.

Traditional financial institutions—mainly banks—prefer their customers to save rather than spend. There’s even a federal rule, Regulation D, in place to encourage citizens to open savings accounts. If citizens don’t, then it is likely that banks won’t meet the minimum reserve requirement. That’s three percent for banks with $16 million and seven percent for those with $122.3 million.

This three or seven percent are drawn directly from vaults and sometimes supplemented from the Federal Reserve Bank deposits. The same regulation also limits customer withdrawal from their savings account to six.

Bank of America just charged 10 dollars because I made more than 6 transfers between savings and checking this month. 6 transfers with crypto would cost about 30 cents. That's 3,233% more expensive

Those who exceed this limit are usually warned, or their account is frozen until they reclassify their account. However, that won’t spare them from high bank charges like one Pat Chirchirillo found out. NewsBTC covered the story, but at the end of the day, he realized that banks are 3,233 percent more expensive to withdraw from that Bitcoin. 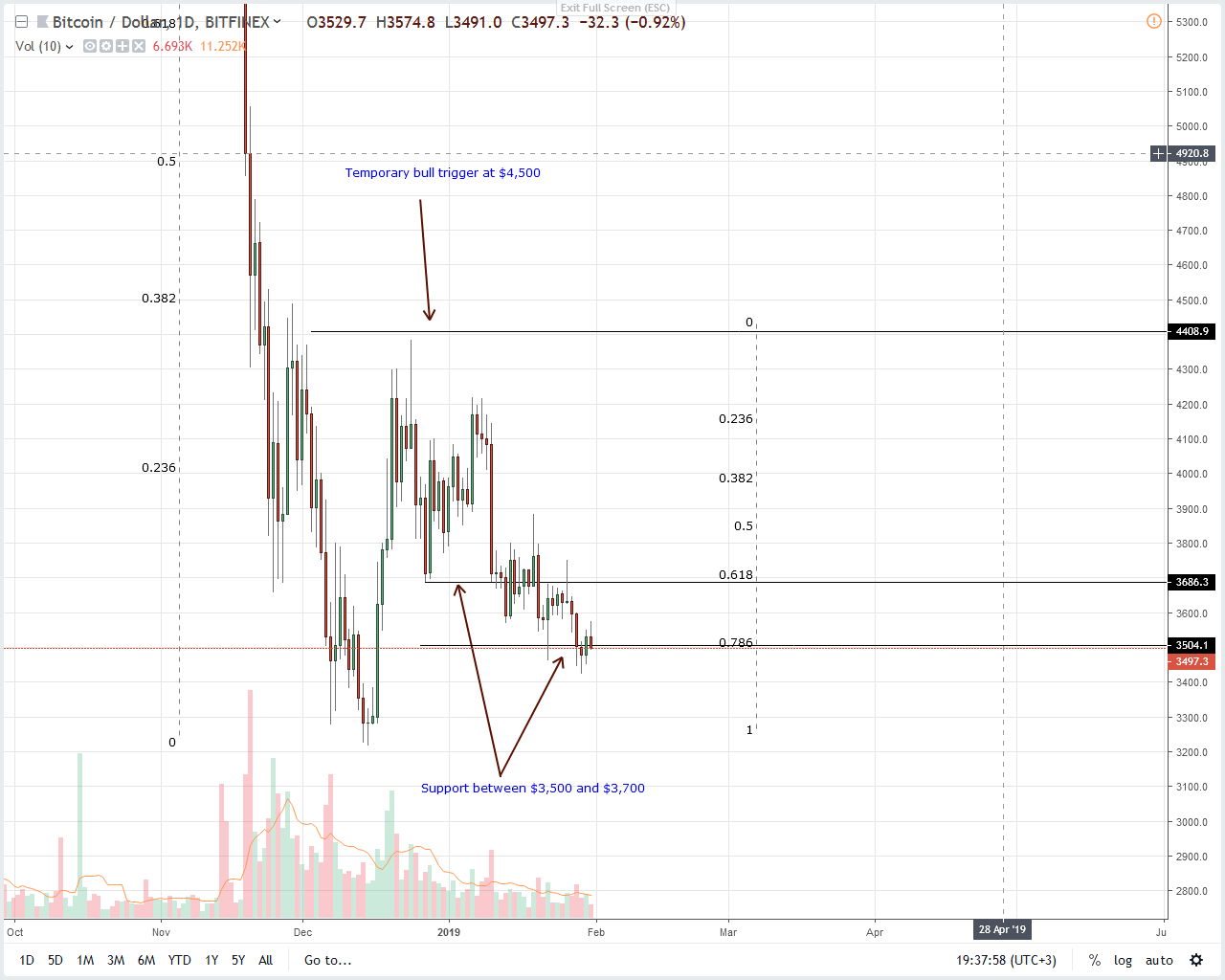 Meanwhile, Bitcoin prices are stable and trending inside Jan 30 high low. In the short-term, it is clear that bulls are in charge, but even with that stand, it is better to stay neutral until prices edge past $3,800. That will not only thrust prices above recent accumulation but trigger risk-off traders. High volume up-thrust exceeding 20k would be ideal. Only then will bulls be justified to ramp up in lower time frames.

From the chart, Jan 19-20 is a dark cloud cover and a double bar bear reversal pattern whose draw-down lead to a meltdown below the upper support zone at $3,700. Besides, after Jan 20, there was an invalidation of the double bar bull reversal pattern of Jan 13-14. Therefore, it is paramount for bulls to build enough momentum and rally above Jan 20 with high volumes preferably exceeding those of Jan 10’s 35k. After that, the first targets will remain at $4,500 and later $5,000. Any drops below $3,500 could pile pressure on BTC.

Ripple Price Analysis: SWIFT Unlikely To Use XRP Even After Corda Trial