Thomas Lee, the co-founder of Fundstrat Global Advisors, has tweeted that the Bitcoin Misery Index (BMI) is at 89. Developed by Lee as a trading tool for investors, the current BMI value signifies a “happy” sentiment in the markets. However, according to Lee, BMI measures above 67 see a sell-off, triggering a drop in Bitcoin price. With this in mind, is a price crash imminent?

The BMI is available as a paid service through the Fundstrat website. It is a numerical index that ranges from 0 to 100 and measures the momentum of Bitcoin based on its price and volatility. An index value below 27 is considered “miserable” and represents a good buying opportunity. Whereas a score above 67 is “happy” but denotes a sell signal. Speaking to CNBC in 2018, during the launch of the BMI, Lee said:

“When the bitcoin misery index is at ‘misery’ (below 27), bitcoin sees the best 12-month performance. A signal is generated about every year. [And] when the BMI is at a ‘misery’ level, future returns are very good.”

He goes on to say that readings over 67 only come during bull markets. However, when this happens, the price of Bitcoin usually falls by an average of 25%, as investors look to take profits. As things stand, with a current reading of 89, Lee’s prognosis would see a fall in Bitcoin price to around $3,800, but signal the start of a bull market. 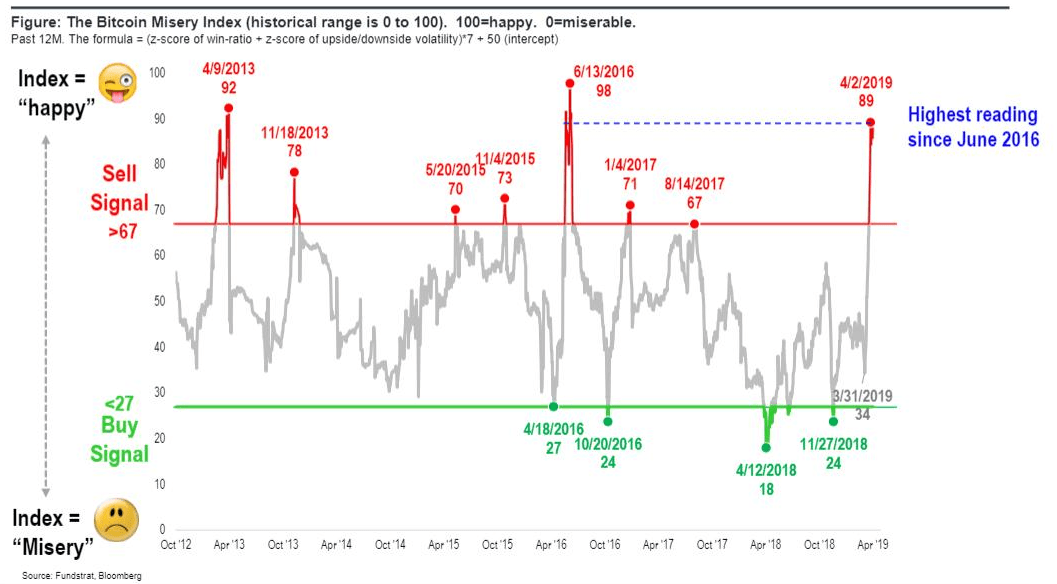 While the start of April saw a return to optimism, according to Lee, that feeling may be short-lived. The BMI current stands at 89, the third highest reading since BMI records began. And the highest reading in the thirty-four months following June 2016’s previous peak value.

According to Lee, a BMI value above 67 only happens before a bull run, and, in the short-term, leads to an average 25% drop in Bitcoin price. Analyzing the previous three peaks:

Two of the three BMI peaks loosely fit Lee’s inferences. But the 13th June 2016 did not see any significant falls or rises. 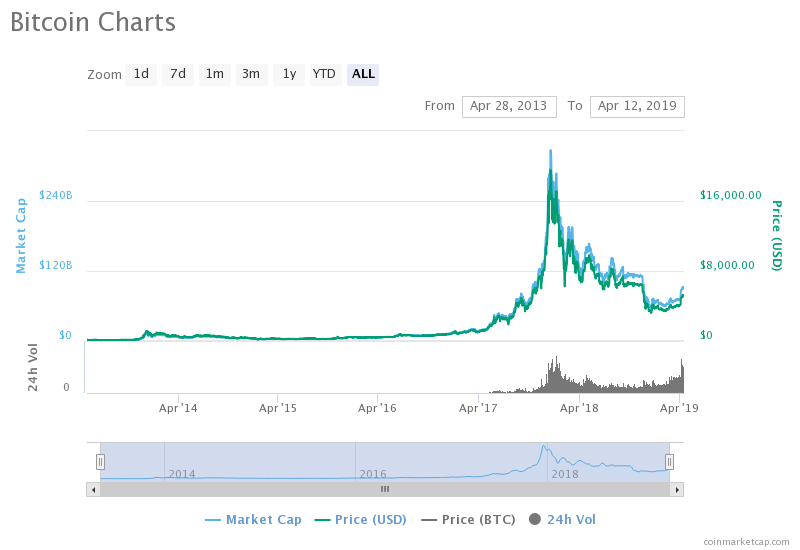 One thing to note, the BMI is not a price predictor; instead, it is a measure of market sentiment. And in any case, according to Helfman, Lee’s price predictions have rarely materialized. Taking all of this into account, while Lee’s efforts for the crypto-community are highly appreciated, any forecast should be treated as a possibility rather than a certainty. As such, for now at least, there is no need for panic.