With a market cap of $71.9 billion, Bitcoin (BTC) is trading in a bull breakout pattern above a five-month resistance line. That is a milestone and could ready bulls aiming at $6,000 now that OMC data reveals the level of Bitcoin (BTC) demand.

After Mar 28 surge in the number of confirmed Bitcoin transactions, it seems like the value-draining crypto winter is drawing to a close. It is precisely what the community anticipates now that prices, despite the last three-four days revival, are down 75 percent from late 2017 highs.

By yesterday’s close, there were 383,186 confirmed BTC transactions, the highest year-on-year reading, gifting Bitcoin a market cap of $71.9 billion and decent daily trading volumes of around $1.05 billion according to reliable statistics from Open Market Cap. Even so, traders are apprehensive, and the failure of buyers to breach the $4,500 mark could pour cold water on developing momentum forcing prices to crumble.

Otherwise, any firm close above $4,500 could have an amplifying effect and could drive prices higher towards the $55,000 mark as Bitcoin market cap breach the $1 trillion according to PlanB’s model. 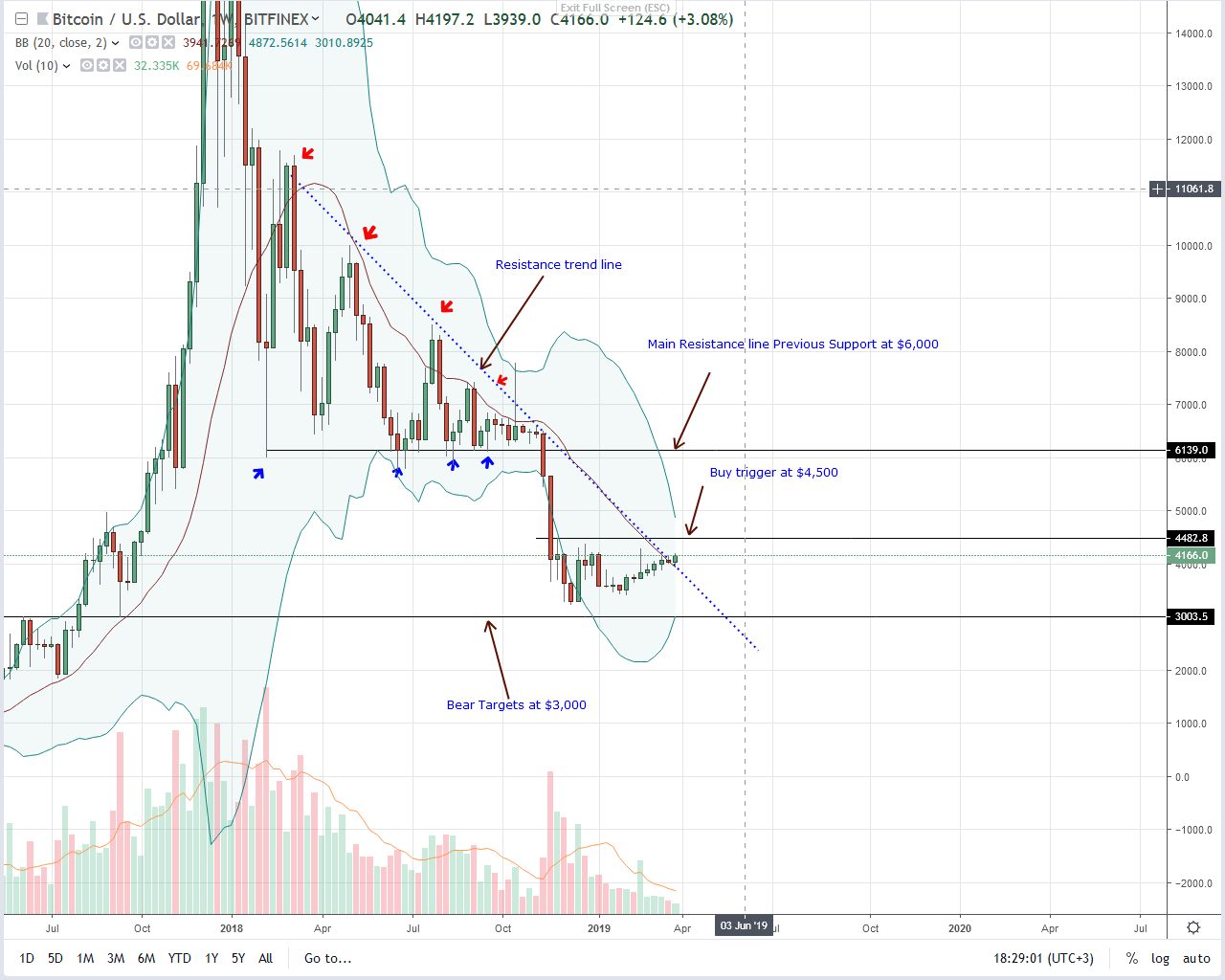 As laid out in our previous BTC/USD trade plan, prices are trading within a bear breakout pattern with our level of interest at $6,000. It is a breakout mark, previous support and now our first target as well as a resistance level.

Interestingly, there is movement. From the chart, Bitcoin bulls have managed to breach a one-year resistance level in a very bullish move. If confirmed next week then for the first time in five months, there would be development towards reversing steep losses of the week ending Nov 23.

From the above, it’s clear that the trend is clear and Bitcoin, after heavy losses, is bouncing back. However, before we make conclude that bulls are firmly in charge, increasing demand in lower time frames should drive prices from $4,200—or Mar 16 highs. After that, the bullish breakout bar above $4,500 must have high volumes preferably above 434k.