The number of Bitcoin ATMs around the world continues to grow each year. For many, this signals a surging demand for real-world locations to trade Bitcoin – a sure sign of growing adoption, at least on paper.

Thanks to exorbitant fees, however, it is difficult to picture folks using the ATMs for the most common uses of Bitcoin today — retail and speculation. Unfortunately, the only economical use case for the machines that beats current options seems to be to launder money.

Bitcoin ATMs are being installed all around the world. With New York and Chicago adding new machines recently, the number of terminals according to CoinATMRadar now stands at almost 4,300. These machines are spread across a total of 75 countries. However, more than half of them are installed in the US.

It would be easy to look at the ever-swelling numbers of Bitcoin ATMs popping up around the world and simply draw the conclusion that this is evidence of increased adoption of the world’s most popular digital asset by market capitalisation.

However, when you consider that the average rate charged by one of the machines to make a purchase or sale of Bitcoin is in the region of 10 to 20 percent, it is difficult to imagine anyone using the terminals to take up a position in Bitcoin or to obtain some to make a quick online purchase. After all, who wants to pay an extra 10 to 20 percent to buy something or to make an investment? There are much cheaper ways to shop online and invest in Bitcoin.

Bitcoin ATMs: The Case for Adoption

That said, there is an argument to be made that the ATMs help to cement the idea of Bitcoin in the minds of the general public. For some people, a high-street presence is enough to convince them of the legitimacy of a predominately online service. The most popular and successful online bookmakers in the UK, for example, are those with prominent high-street locations.

There is also something to say for the speed and ease with which a Bitcoin transaction can be made using an ATM. If you just wanted to “see how this Bitcoin thing works” without going through the often-lengthy process of signing up to an exchange, an ATM represents a quick, simple way to buy just a small amount of BTC. This too is positive for adoption, although the huge fees make it unlikely that our hypothetical new Bitcoin convert will make subsequent purchases using such a machine. It therefore seems doubtful that those installing ATMs are doing so purely to drive adoption of the tech.

Another potential cause of the rising numbers of Bitcoin ATMs relates to the novelty of cryptocurrencies and their use at real-world terminals. A report on MarketPlace.org claims that business owners are installing Bitcoin ATMs to appeal to a wider range of customers than they might have typically drawn.

With the machines still being new and novel, the belief is that a younger, potentially better off group of people will visit the businesses installing them, simply to see one of the machines in action. Once inside the shop offering real-world Bitcoin trading, the visitor is much more likely to buy something.

This might well work out for the business owners. However, just like the above example of folks using the machines to experiment with the tech, it does not account for the huge sums of money moving through the machines, reported by Bloomberg in December last year. One firm offering the machines cited by the publication is believed to be generating around $35 million in revenue each year from machines.

Although Bitcoin ATMs might well be driving adoption on a small scale (or at least familiarising people will the concept of crypto) and helping business owners attract a few extra customers, most of the evidence suggests that these terminals are being used for much more nefarious reasons. 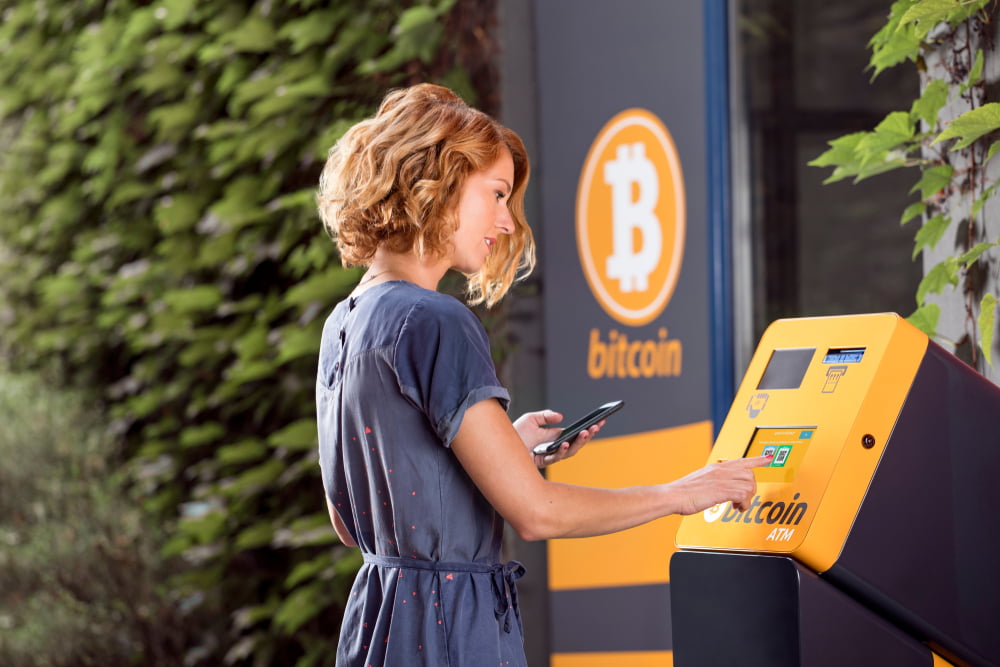 Bitcoin ATM fee structures price many legal use cases out of the market.

The report in Bloomberg claims that many Bitcoin ATM providers blatantly disregard what scant financial regulation governs the fintech innovation. Arnold Spencer, a representative of Coinsource (one of the largest Bitcoin ATM operators in the world), believes that a huge number of Bitcoin ATMs are operating outside of the law and could be facilitating money laundering to the tune of up to $500 million each year.

Given the fact that most money laundering operations cost those involved around 30 percent of the total amount needing cleaning, a Bitcoin ATM provides a competitive solution for criminals. The speed and simplicity must also be appealing to those seeking to launder money too.

Owing to the fact that US regulators are still trying to get their heads around Bitcoin and have not the resources to tackle those terminals that illegally forgo identity checks and other regulative measures, it seems that the only real financial demand for the terminals is coming from criminals. This is clearly not a good look for the cryptocurrency given that those who champion it have spent much of its existence trying to distance the financial and technological innovation from its criminal past.

For the terminals to provide the kind of adoption many of us in the crypto space would love to see, the operators need to get real about their pricing structures. The machines themselves are not particularly expensive to buy outright – Bloomberg states that one can be picked up for a couple of thousand dollars. If those owning them were serious about Bitcoin, its adoption, and lessening the ratio of nefarious users to non-criminal ones, they need to drop the rates charged and fast.

Related Reading: Banks are Better than Bitcoin (When It Comes to Money Laundering)

Analyst: Bitcoin (BTC) RSI Signals That the Cryptocurrency is at Historically Oversold Levels